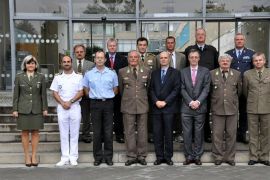 The JCBRN Defence COE hosted the 11th Steering Committee meeting, which was held in Vyškov, Czech Republic on 20 – 21 September 2011.

The SC Chairman - JCBRN Defence COE Acting Director Colonel Janos Zelenak, welcomed all present SC members as well as representatives from SHAPE, ACT, IMS and WMD Non-proliferation Centre. In his opening address, he highlighted the expansion of the JCBRN Defence COE and also expressed his great pleasure for the fact that all SC members attended the meeting for the first time in the COE’s history.

On the first day of the meeting, the SC Chairman presented the JCBRN Defence COE status report to the Steering Committee and informed them about the latest COE project development, manning, internal rotation of COE staff and the successful in-processing of new members.

The meeting began very positively when the Czech representative to the SC declared his nation’s readiness to transfer the HW and SW components of the Modeling and Simulation Cell from the Czech MOD to the JCBRN Defence COE. The JCBRN Defence COE SC accepted the offer and tasked the COE to prepare all necessary legal documents to facilitate the transfer of this unique capability. The suite is based on CZE/USA bilateral cooperation designed to equip the COE with state of the art modeling and simulation capabilities.

The meeting continued with discussion of the Reach Back and Fusion (RB&F) Experimentation Concept. The SC agreed on the proposed two year CBRN RB&F  experimentation concept proposed by the JCBRN Defence COE with the aim to develop new capabilities for the Alliance.

Additionally, the SC also approved the updated JCBRN Defence COE Job Descriptions and Program of Work for 2012.  Both these prove to be living documents requiring updating as technical and operational requirements change.  Enhanced job descriptions allow the JCBRN Defence COE to maintain the appropriate level of expertise in an ever increasing environment. The SC approved changes to the POW, highlighting the need for additional support requested through ACT and the inclusion of RB&F as a high priority activity.  .

On the second day of the meeting, the SC agreed on the requirement to develop the NS WAN, approved the Multinational Budget for 2012 and noted the MTFP for 2013 - 2017. 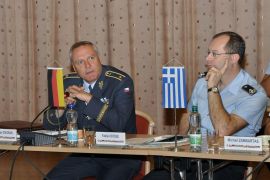 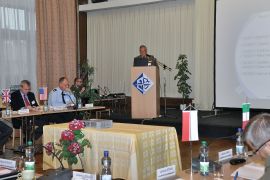 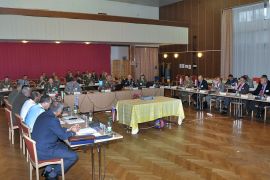 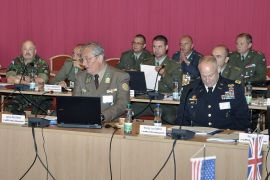