The 16 June 2011 will long be remembered as an important day in the history of JCBRN Defence COE, for it was on 16 June 2011 that the United States of America joined the JCBRN Defence COE.  The number of Sponsoring Nations, which have decided to support NATO’s transformation process in the CBRN area, has now increased (once again) from ten to eleven.  The addition of an eleventh member to the Centre only serves to strengthen the Centre’s commitment to NATO.

The Signing Ceremony took place in Brussels, where all Military Representatives of the current Sponsoring Nations and the Allied Command Transformation representative signed the Notes of Joining for the Operation and Functional Relationship MOU.

The Centre is now expecting and preparing for the arrival of its latest addition from the US, who will be posted and appointed as the Chief of Staff of JCBRN Defence COE. 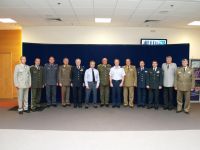 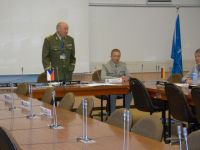 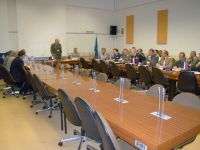 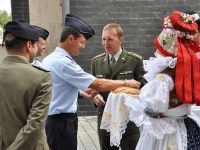 On 13th June 2011, the 13th Italian Senior Joint Staff Course, as part of the educational tour around the Czech Republic, visited Vyškov Garrison. The delegation of 58 students, led by Major General Pietro Valente (Director of Joint Services Staff College at the Defence High Studies Centre) and his deputy Brigadier General Giorgio Russo, were welcomed by COL Zdenek Cizek, who introduced the current incumbents of the main organizations located in the garrison.

The day of the visit was organized into two parts: the morning was devoted to briefings and presentations and in the afternoon the students were taken on a tour of the garrison area.

The first presentation, given by COL Milan Marek (TC – MA COS), was on Training Command - Military Academy history, development, mission and current courses organized for all military personnel of the Army of the Czech Republic.

The second presentation was given by the Director of the Defence Language Institute (DLI), Col Ladislav Chaloupský, on their mission and educational system. The main aim of the DLI is to teach and test students in languages such as English, German, Russian, French and Arabic in accordance with STANAG 6001 in preparation for future assignments and deployments abroad.

The third presentation was given by JCBRN Defence COE Director Col Zdenek Cizek, who went into great detail regarding the Centre's history, development, concept, mission and Program of Work 2011. The presentation was positively received by the audience and raised some interesting questions for following discussions.

The morning was concluded with a brief by the British Military Advisory and Training Team Commander, Col A. C. Cuthbert, where he acquainted the course with BMATT's organizational structure and tasks. This team was established in Vyškov garrison in 2000.

In the afternoon the course program continued by visiting the JCBRN Defence COE, Centre of Simulation Training Tachnologies and Air Force Hall. 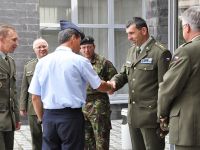 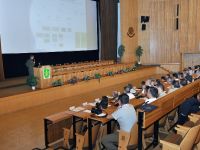 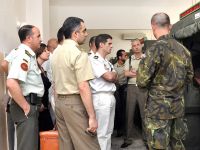 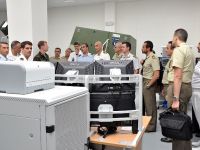 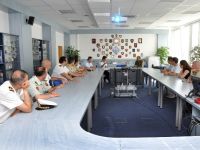 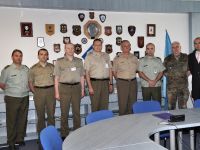 On Tuesday 31st May 2011, the Polish delegation lead by Chief of the CBRN Defence Training Centre of the Polish Armed Forces from the National Defence University, COL Leszek SŁOMKA, accompanied by LTC Dariusz BADURSKI visited the JCBRN Defence COE.

The Polish delegation was welcomed by the COE Deputy Director, COL Janos ZELENAK who later on delivered a briefing on the JCBRN Defence COE history, development, mission, structure, current status, and projects included in JCBRN Defence COE Program of Work. His briefing was followed by the presentation about the training and courses provided by the COE explained by LTC Ivan KRIŽKA, Deputy of the TEED Director. The delegates were interested in courses and potential future projects in which CBRN Defence Training Centre of the PAF could attend or participate in. The briefings were followed by the demonstration of Modeling and Simulation Capabilities which was warmly welcomed by the Polish delegation.

At the end of the meeting both JCBRN Defence COE Deputy Director and Chief of CBRN Defence Training Centre of the PAF expressed their intention to sign the MOU which could become the first step towards a new way of cooperation between those two institutions. 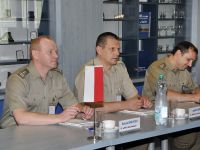 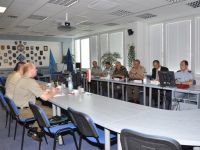 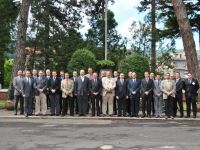 16th DTP meeting held in Rieti, Italy was characterised by really proactive approach of all participants as well as the excellent preparation of work by the Custodians, which resulted in the outcome achieved by all syndicates. Similarly plenary sessions were fruitful with plenty of proposals made by delegates.

One of the most important CBRN doctrines, AJP-3.8 reached the status of Ratification Draft 1. It was later on posted on AJOD WG forum for harmonization and after that it will enter ratification process.

The Merged JCG CBRN and CBRN WG decided that it will not pursue the promulgation of AAP-21(C) any more and DTP will follow the guidance received. According to the latest update provided by the ONTC Acting Terminology Coordinator Mr. Folkert ZIJLSTRA, proposed new terms/changes should be submitted to ONTC using Terminology Tracking Forms (TTFs) for each entry. Terms are approved by consensus with no breaks in silence of the appropriate board.

On the 10th  and 11th of May 2011 the JCBRN Defence COE hosted a workshop on CBRN Intelligence which followed the successful conclusion of the initial CBRN Intelligence Analyst Course in June last year. Discussions were chaired by Lt Col Frank Kaemper from Allied Command Transformation (ACT) and all work was in cooperation with the European Defence Agency (EDA).

The nations represented at the 2 day conference were Greece, Turkey, Poland, Germany, the Czech Republic and the United Kingdom. Of particular importance was the presence of Mr Christopher Hughes, Senior Analyst on Weapons of Mass Destruction, from the Intelligence Fusion Centre based at Molesworth in the United Kingdom which supports NATO.