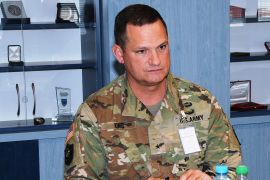 The 20th CBRNE Command is the United States’ 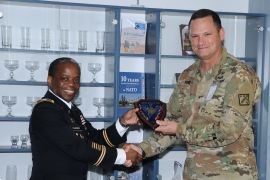 only military formation with specialized capabilities and expertise to operate effectively across the fullspectrum of CBRNE Hazards. The highly-technical, special purpose, expeditionary formation of approximately 5,000 soldiers routinely engages and operates with and in support of U.S. joint, special operations, interagency and international CBRNE organizations and entities, maintaining a 24/7 focus on countering CBRNE threats at home and abroad.

BG King is the first commander of the venerable unit to visit the CoE. He greatly appreciated this first official engagement, and he personally identified several areas for continued dialog, stating “This won’t be the [20th CBRNE Command’s] last visit.” 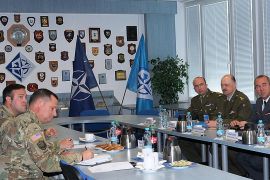